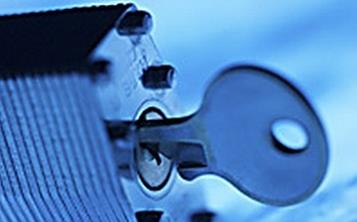 The two companies have support. The Interactive Advertising Bureau (IAB) continues to push the adoption of HTTPS ads and support encryption. In March, the IAB put out a call for the industry to adopt encryption. The industry trade group said many ad systems support HTTPS, but a member survey suggests that only 80% support the protocol. They called on the entire advertising supply chain to adopt practices, from ad servers and beacons to data partners and brand safety and verification tools.

Google said the majority of mobile, video, and desktop display ads on its Google Display Network, AdMob, and DoubleClick networks will become encrypted by June 30. Search on google.com is encrypted for a vast majority of users and the copany continues to work toward encrypting search ads across its systems.

YouTube ads have been encrypted since the end of last year, along with all searches, Gmail, and Drive. By the end of June, advertisers using AdWords and DoubleClick will serve HTTPS-encrypted display ads to all HTTPS-enabled inventory.

Yahoo VP of Revenue Management and Ad Policy James Deaker describes in a blog post what he calls “perhaps the largest-ever transition to SSL encryption for any publisher with display ads.” Yahoo recently implemented an end-to-end encryption extension for Yahoo Mail,” and strengthening security everywhere else along the advertising supply chain will help to create a safer Internet.

Next week, Yahoo will host a Trust UnConference in San Francisco, bringing together industry experts to discuss how to build safe products.