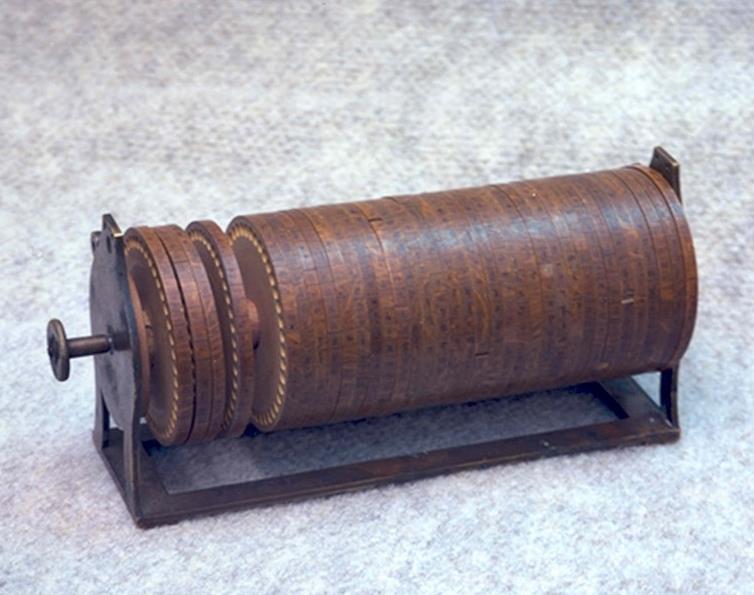 Thomas Jefferson was so interested in cryptography that he may have developed his own enciphering device after his mail was inspected by postmasters when the revolution was looming. Indeed, codes and ciphers are as American as the American Revolution itself. In fact, the revolution may not have happened if confidential correspondence, both military and otherwise, had been compromised by the British. In December 1801, Jefferson received an encrypted letter from a mathematics professor (the two both served at the American Philosophical Society) that was so inscrutable that he was never able to decode it—in fact, it was not decoded until over 200 years later.

The thread of cipher text runs through the very core of the history of this country. When James Madison penned a letter to Thomas Jefferson in 1789, letting him know that “a Bill of rights, incorporated perhaps into the Constitution will be proposed, with a few alterations most called for by the opponents of the Government and least objectionable to its friends,” the letter was partially enciphered, so that discussion about might run the Department of Finance, a smattering of international politics, and a bit of gossip about the French minister to the United States, the count de Moustier, and his sister-in-law, Madame de Brehan, wouldn’t have fallen into the wrong hands.

It’s hard to know when the narrative shifted, moving from trying to crack your enemies’ crypto and secure your own communications to working to weaken crypto for everyone. NSA director Michael Rogers, FBI director James Comey, and others in the Obama Administration have been working hard to try to convince the public that it’s possible to have secure communications that the government can access, but that criminals and bad nation-state actors can’t circumvent. They give lip service to the need for secure communications to fuel innovation and economic growth, while simultaneously working to dismantle the very systems that make those communications secure.

It is not entirely clear which approach the government will take, but whether it tries to pursue legislation forcing companies to work on mandated backdoors that they don’t want or even need, or simply tries to coerce them with fearmongering about the threat of terrorism, one thing is clear: the government should be embracing cryptography, as it once did, rather than fighting against it.

It’s true that end-to-end encryption could thwart investigation attempts for a small amount of crimes—or maybe call for more hands-on detective work—but this pales in comparison to the damage caused by government backdoors. “Cryptography was once a private game of shadows played by spy masters, but today it has become the critical foundation of our information infrastructure,” says Ethan Heilman, Research Fellow at Boston University.

A recent MIT paper written by a slew of experts makes it clear that giving the government backdoor access to secure communications would weaken the security of any system. “This report’s analysis of law enforcement demands for exceptional access to private communications and data shows that such access will open doors through which 24 criminals and malicious nation-states can attack the very individuals law enforcement seeks to defend. The costs would be substantial, the damage to innovation severe, and the consequences to economic growth difficult to predict. The costs to developed countries’ soft power and to our moral authority would also be considerable. Policy-makers need to be clear-eyed in evaluating the likely costs and benefits,” it reads. (Oh, and China wants backdoors, too. So there’s that.)

This isn’t the first time the government has worked to weaken encryption on purpose. It goes back as far as the 1950s, and continued in the 1970s, (…NSA tried to convince IBM to reduce the length of thekey from 64-bit to 48-bit. Ultimately, they compromised on a 56-bit key,” wrote Tom Johnson in Book III: Retrenchment and Reform, an official NSA book), and the 1990s. Intentionally bad cryptography led to the Logjam bug, which can “break secure connections by tricking the browser and server to communicate using weak crypto,” Cory Doctorow explained on Boing Boing—and the government is to blame for these browsers and servers supporting weak crypto in the first place. Weak crypto, courtesy of the U.S. government, can be blamed for the FREAK SSL/TSL vulnerability as well.