Last week’s terrorist attack on Paris sounded a call to arms for hawkish U.S. officials seeking broad oversight of encrypted digital communications, some of whom used the opportunity to rekindle discussions with Silicon Valley technology companies. 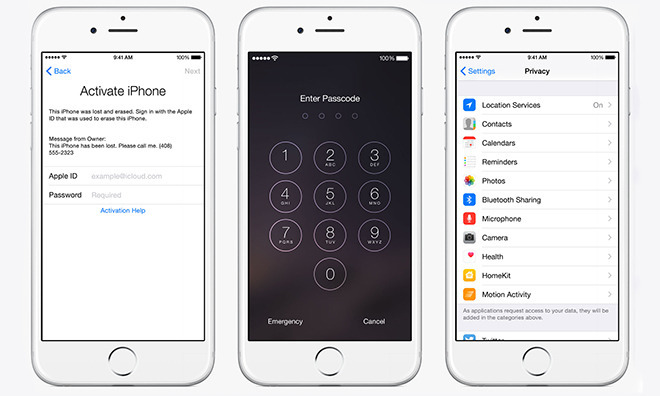 “They have apps to communicate on that cannot be pierced even with a court order, so they have a kind of secret way of being able to conduct operations and operational planning,” Feinstein said of ISIS terrorists. She hammered the point home, reminding MSNBC’s Andrea Mitchell of recent video footage showing ISIS leaders giving potential sleeper cells the go ahead to carry out attacks on U.S. soil.

Last month the Senate passed the controversial Cybersecurity Information Sharing Act, a bill that effectively allows companies to legally share customer data with the Department of Homeland Security and other government agencies. Feinstein is a co-sponsor of the bill.

As iOS and Android dominate modern mobile communications, Apple and Google have been singled out as part of the problem for providing end-to-end encryption messaging services. For example, strong encryption in iOS 8 and above makes it virtually impossible to eavesdrop on iMessage conversations or gain physical device access, even with appropriate warrants.

“I have actually gone to Silicon Valley, I have met with the chief counsels of most of the big companies, I have asked for help and I haven’t gotten any help,” Feinstein said. “I think Silicon Valley has to take a look at their products, because if you create a product that allows evil monsters to communicate in this way, to behead children, to strike innocents, whether it’s at a game in a stadium, in a small restaurant in Paris, take down an airliner, that’s a big problem.”

“There are a lot of technological capabilities that are available right now that make it exceptionally difficult — both technically as well as legally — for intelligence security services to have insight that they need,” Brennan said today at an event in Washington, D.C.

For its part, Apple has been a vocal advocate of consumer privacy and pushed back against CISA alongside other tech companies in October. CEO Tim Cook has repeatedly warned of the detrimental effects a back door policy would have not only on individual users, but the tech industry as a whole.

Critics to Apple’s position argue CISA lets providers share data while still maintaining privacy, a proverbial win-win situation for everyone involved. Americans could find themselves putting to those claims to the test sooner rather than later, as the bill is headed to the House of Representatives and, if passed, to President Obama for ratification.