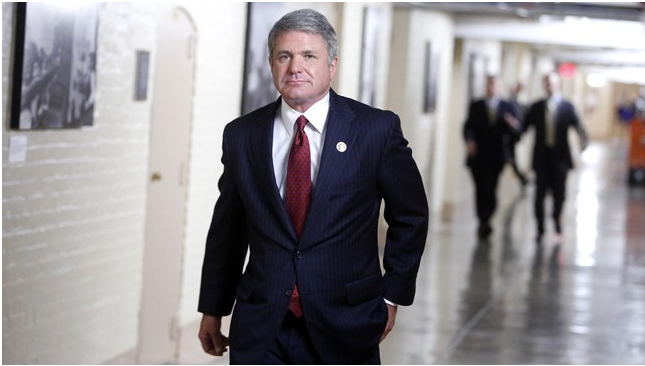 The U.S. is playing “catchup” with terrorists and cyber vigilantes who coordinate via encrypted communications, according to the chairman of the House Homeland Security Committee.

“Today’s digital battlefield has many more adversaries that just nation states,” Rep. Michael McCaul (R-Texas) said in a Tuesday column for Bloomberg. “Terrorist groups such as ISIS [the Islamic State in Iraq and Syria], as well as hacktivists … are adept at using encryption technologies to communicate and carry out malicious campaigns, leaving America to play catchup.”

McCaul has been outspoken in the fight between tech companies and law enforcement over the regulation of encryption technology. He is currently prepping legislation that would establish a national commission to find ways to balance the public’s right to privacy with giving police access to encrypted information.

“I do think this is one of the greatest challenges to law enforcement that I have probably seen in my lifetime,” the former federal prosecutor told reporters last week.

Lawmakers are split over whether legislation is needed to address the growing use of technology that can prevent even a device manufacturer from decrypting data.

But law enforcement officials, along with some lawmakers, continue to argue that impenetrable encryption is a danger to public safety.

“From gang activity to child abductions to national security threats, the ability to access electronic evidence in a timely manner is often essential to successfully conducting lawful investigations and preventing harm to potential victims,” Assistant Attorney General Leslie Caldwell said at the annual State of the Net conference on Monday.

The White House has tried to engage Silicon Valley on the topic, recently meeting with top tech executives on the West Coast. But some lawmakers feel the process should move quicker.

In the upper chamber, Sens. Richard Burr (R-N.C.) and Dianne Feinstein (D-Calif.)  are working on a bill that would force companies to build their encryption so they could respond to a court order for secured data.

Both members of the Intelligence Committee have expressed a desire to move swiftly on encryption legislation and bypass the proposed national commission to study the topic.

McCaul warned that the threats the U.S. faces online “will only grow more prevalent.”

“The security of Americans’ personal information needs to keep pace with the emerging technologies of today,” McCaul said.