As the Apple vs. FBI encryption debate heats up in California, the U.S. government on Thursday fired back at Apple’s oppositions to a court order compelling its assistance in an FBI investigation, and in a new motion discounted a number of arguments related to supposed backdoors, “master keys,” the All Writs Act and more. 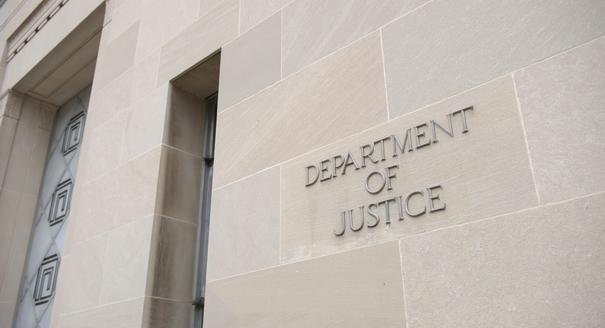 In its letter in support of a federal magistrate judge’s original order to compel Apple’s help in unlocking an iPhone used by San Bernardino terror suspect Syed Rizwan Farook, federal prosecutors intimate the company is playing to the media in an attempt to protect its brand. The document was penned by U.S. Attorneys for the Central District of California Eileen M. Decker, Chief of the Cyber and intellectual Property Crimes Section Tracy L. Wilkison and Chief of the National Security Division Patricia A. Donahue.

“Apple and its amici try to alarm this Court with issues of network security, encryption, back doors, and privacy, invoking larger debates before Congress and in the news media. That is a diversion. Apple desperately wants—desperately needs—this case not to be ‘about one isolated iPhone,'” the letter reads. (Emphasis in original.)

The government argues Farook’s phone may contain actionable intelligence that could help shed light on last year’s terror attack. Investigators need Apple’s help in acquiring said information, if it exists, but instead of providing aid as it has done in the past, the company is waging a war of words both in court and publicly. Prosecutors classify Apple’s statements, including arguments that weakening the security of one iPhone is a slippery slope to a surveillance state, as “not only false, but also corrosive of the very institutions that are best able to safeguard our liberty and our rights.”

One of Apple’s main targets is the All Writs Act, a contingency that imbues courts with the power to issue orders if no other judicial tools are available. After being met with resistance to an initial warrant, the FBI leveraged AWA as a legal foundation to compel Apple’s assistance. If the DOJ is successful in its court action, it could pave the way for broader application of the statute in other investigations, Apple says. Indeed, the FBI is currently asserting AWA in at least nine other cases involving iOS devices.

In this case, however, the government argues its use of AWA is proper.

As for undue burden, the letter notes Apple grosses hundreds of billions of dollars each year. It would take as few as six employees plucked from Apple’s workforce of approximately 100,000 people as little as two weeks to create a workable solution to the FBI’s problem, the letter says, adding that the company is to blame for being in the position it currently finds itself.

“This burden, which is not unreasonable, is the direct result of Apple’s deliberate marketing decision to engineer its products so that the government cannot search them, even with a warrant,” according to the government.

A few interesting tidbits were also revealed in the course of dismantling Apple’s opposition, including a technical revelation that strikes at the heart of one of Apple’s key arguments. Apple has maintained that a forced iCloud backup, obtained by connecting Farook’s iPhone to a known Wi-Fi network, might contain information FBI agents are looking for. However, that option was rendered moot after the FBI ordered San Bernardino officials to reset Farook’s Apple ID password.

“The evidence on Farook’s iCloud account suggests that he had already changed his iCloud password himself on October 22, 2015—shortly after the last backup—and that the autobackup feature was disabled. A forced backup of Farook’s iPhone was never going to be successful, and the decision to obtain whatever iCloud evidence was immediately available via the password change was the reasoned decision of experienced FBI agents investigating a deadly terrorist conspiracy,” the government claims.

Finally, the letter takes issue with Apple’s assertions that the instant order violates its First and Fifth Amendment rights. Apple claims computer code should be covered by free speech protections, meaning DOJ requests to write code in an attempt to break into Farook’s iPhone amounts to forced speech. Nebulous legal footing aside, Apple’s claims are “particularly weak because it does not involve a person being compelled to speak publicly, but a for-profit corporation being asked to modify commercial software that will be seen only by Apple”

The idea of narrow investigation is mentioned multiple times. Apple is not being required to create a master key for all iOS devices, government representatives insist, but instead a piece of code applicable to one iPhone. Even if hackers or nefarious agents manage to steal said code, it would only be useful in unlocking Farook’s iPhone 5c, the government attests. This issue is under debate, however, as some experts say the flawed iOS version could be used on other devices. Creating a specialized forensics tool also acts as a proof-of-concept that iOS is vulnerable to attack.

Apple and the DOJ are set to meet in court over the matter in a hearing scheduled for March 22.