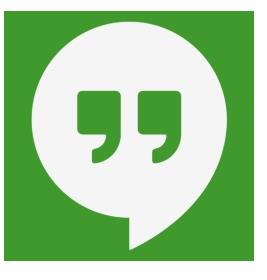 If you’re using Google Hangouts as your main messaging service, you might want to know that Hangouts doesn’t use end-to-end encryption (E2EE), a must-have feature for messaging services in the post-Snowden world.

This was recently confirmed during a Reddit Ask Us Anything (AUA) session by Google’s Richard Salgado, Director for Law Enforcement and Information Security, and David Lieber, Senior Privacy Policy Counsel.

As far as messaging services go, end-to-end encryption is a method of encrypting data so that only the sender and the recipient of a certain message can make sense of the data being transferred. The main thing to bear in mind is that the provider of an E2EE-encrypted messaging service cannot view the messages itself, as the data is encrypted and decrypted locally by the sender and the recipient.

While the service provider has access to the bits of information that are transmitted between the sender and the recipient, this data looks like complete gibberish without the encryption key. It’s worth noting that Whatsapp, the largest messaging service in the world, uses end-to-end encryption, as does Apple’s iMessage.

The two Google representatives confirmed that Hangouts only uses in-transit encryption, a method that prevents ISPs and telecom operators from peeking at the messages. Long story short, Google can intercept Hangouts conversations when ordered by law enforcement agencies and governments.
Google previously revealed that requests for user data coming in from governments across the globe rose one and a half times over the past five years, although the company did not break down the numbers by service.