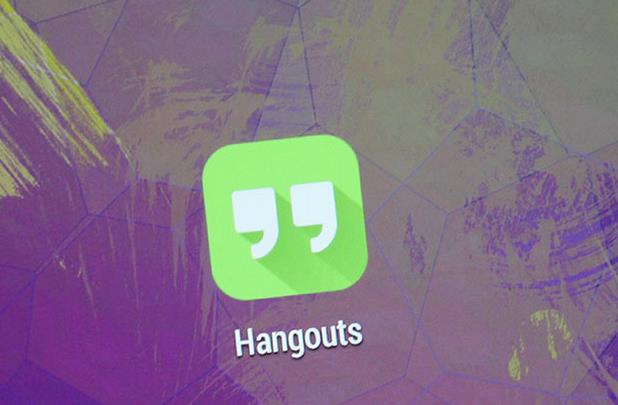 If you’re really worried the government may be keeping tabs on your conversations, then you’d best avoid Hangouts.

According to Motherboard, a Google representative confirmed that Hangouts conversations are only encrypted “in transit,” meaning after the message arrives at the intended recipient Google could access it if forced to do so by a government wiretap.

The question arose from a Reddit AMA with two senior members of Google’s public policy and legal team. An ACLU representative pinned them down about encryption, but wasn’t able to get them to detail if all messages were encrypted from end-to-end.

Richard Salgado, Google’s director for law enforcement and information security, and David Lieber, the senior privacy policy counsel, would only confirm the in-transit encryption. Salgado reaffirmed the government’s prerogative to order such surveillance: “There are legal authorities that allow the government to wiretap communications.”

In reality, such wiretaps are rare. Google’s transparency report details only seven wiretap orders for nine accounts in the first half of 2014, the most recent data available because the U.S. government requires a six-month waiting period.

Why this matters: Apple has touted the privacy of iMessage as another advantage to the security conscious over Android. Other messaging platforms, like the Mark Cuban-backed Cyber Dust, also promise secrecy. Google may not see this extra step as necessary until a backlash arises from those who want more privacy from their Hangouts conversations.