The powerful data protection software-Best Disk Lock has been updated to version 2.62. There are many improvements in version 2.62, which are designed to make the program even easier to use. The latest version software not only improved the stability for disk elementary-lock, changed the Lock Log to Lock Record for easily unlocking, but also fixed the BUG that an error message occurred when the disk is opened after being unlocked in Windows XP.

* Changed the Lock Log to Lock Record for easily unlocking.

– Fixed a BUG that an error message occurred when the disk is opened after being unlocked in Windows XP. 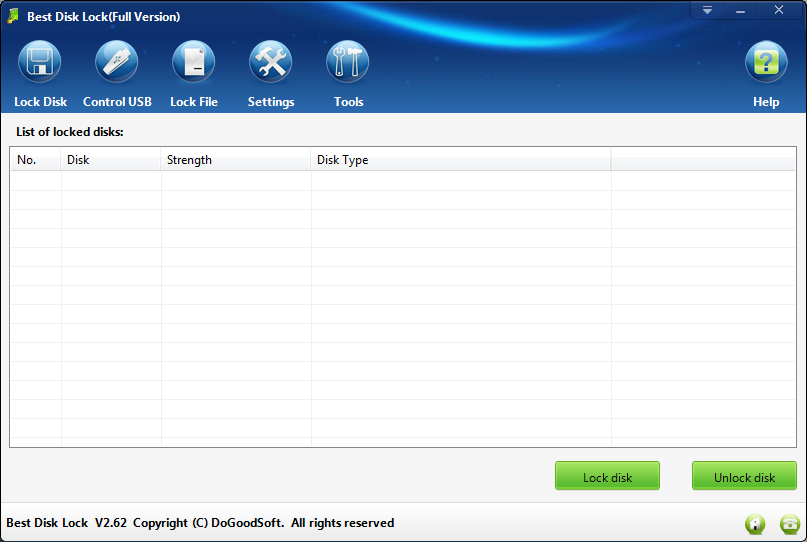 Best Disk Lock is a powerful utility that can not only completely hide disk partitions and CD-ROM drives on your PC, disable USB storage devices or set them as read-only, but also forbid using the unassigned drive letters . The partition with advanced-lock cannot be found in any environment by anyone else, so the security and confidentiality of your data on this partition can be ensured.

The feature Lock File is to change the access permissions of file, folder or disk in NTFS-formatted partitions, by which teh file/folder/disk will be prohibited or allowed to access. Besides, Best Disk Lock can configure the security of your computer system and optimize the system.