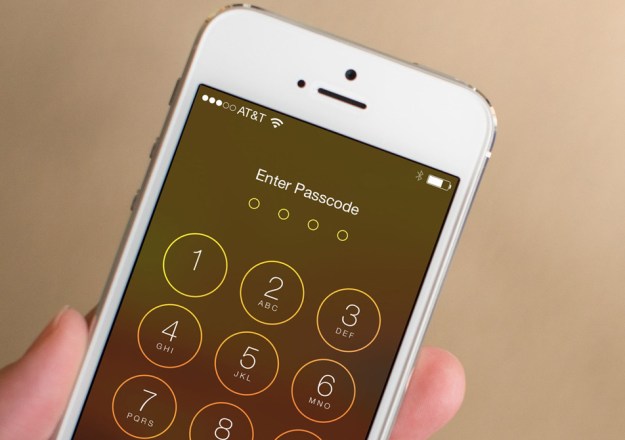 Over the past few days, Apple has made it abundantly clear that it will not comply with the FBI’s demand that it write a new piece of software to help bypass built-in iPhone security measures.

On the contrary, Apple has said that it wants the FBI to withdraw all of its demands while adding that the only way to move forward is to form a commission of experts on intelligence, technology, and civil liberties to discuss “the implications for law enforcement, national security, privacy, and personal freedoms.”

In the meantime, Apple has vehemently argued that Congress should be tasked with determining the fate of the shooter’s iPhone, not the courts. Come next Tuesday, Apple will finally be able to plead its case directly in front of our country’s lawmakers.

Earlier today, the House Judiciary Committee announced that it will be holding a congressional hearing on encryption on Tuesday, March 1. The hearing itself is called, “The Encryption Tightrope: Balancing Americans’ Security and Privacy.”

Slated to testify on the first panel is FBI director James Comey who, you might recall, recently penned a blogpost arguing that the current debate isn’t about the implications of encryption, but rather about “the victims and justice.”

A statement from the House Judiciary Committee on the upcoming hearing reads as follows: 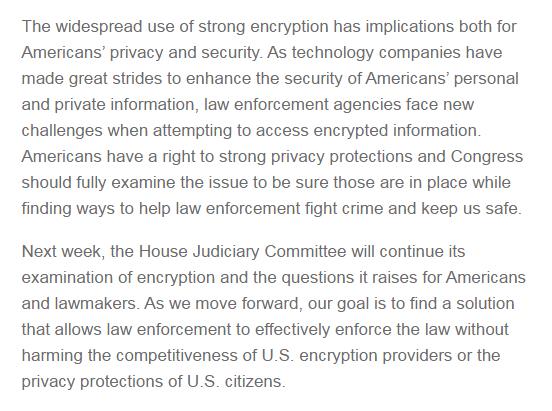 This should undoubtedly make for a lively hearing.

Speaking to the seriousness with which Apple views this debate, Tim Cook yesterday said that helping the FBI would be tantamount to creating the “software equivalent of cancer.”