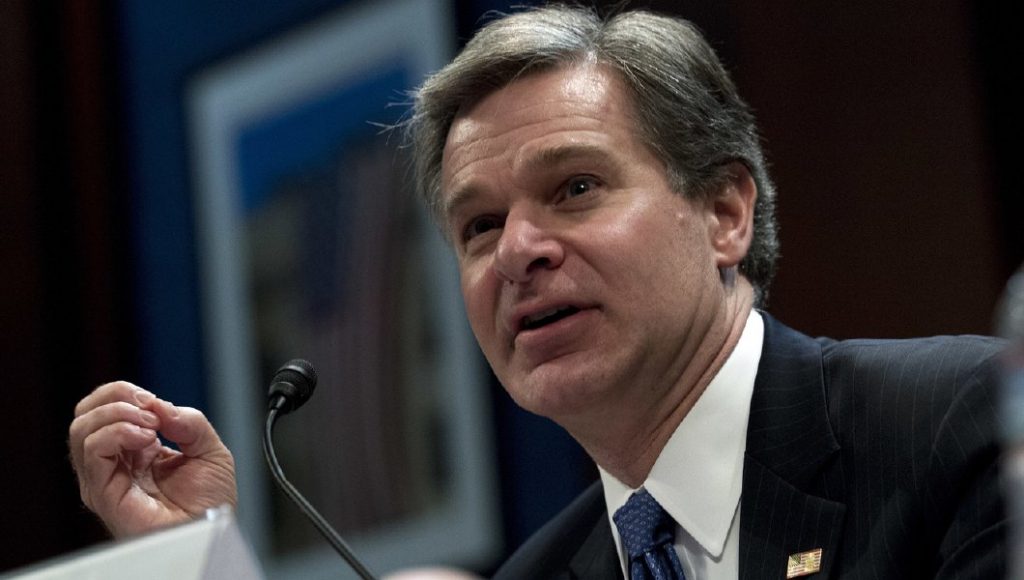 The FBI is struggling to decode private messages on phones and other mobile devices that could contain key criminal evidence, and the agency failed to access data more than half of the times it tried during the last fiscal year, FBI Director Christopher Wray told House lawmakers.

Wray will testify at the House Judiciary Committee Thursday morning on the wide range of issues the FBI faces. One of the issues hurting the FBI, he said, is the ability of criminals to “go dark,” or hide evidence electronically from authorities.

“The rapid pace of advances in mobile and other communication technologies continues to present a significant challenge to conducting lawful court-ordered access to digital information or evidence,” he said in his prepared remarks to the committee. “Unfortunately, there is a real and growing gap between law enforcement’s legal authority to access digital information and its technical ability to do so.”

Wray said criminals and terrorists are increasingly using these technologies. He added that the Islamic State is reaching potential recruits through encrypted messaging, which are difficult for the FBI to crack.

“If we cannot access this evidence, it will have ongoing, significant effects on our ability to identify, stop, and prosecute these offenders,” he said.

He noted that in the last fiscal year, the FBI was unable to access data on about 7,800 mobile devices, even though they had the legal authority to try. He said that was a little more than half of the mobile devices the FBI tried to access in fiscal year 2017.

Wray said the FBI tries to develop workarounds to get at the data, but doesn’t always succeed.

Wray also made it clear that the FBI is not asking for more legal authority to access mobile devices, but said, without being specific, that new ways must be found to let the FBI access this data.

“When changes in technology hinder law enforcement’s ability to exercise investigative tools and follow critical leads, those changes also hinder efforts to identify and stop criminals or terrorists,” he said.

He added that the FBI is “actively engaged” with companies to discuss the problem that “going dark” has on law enforcement, and the agency is working with academics and technologists to find “solutions to this problem.”

Wray is likely to be questioned on a wide range of topics at Thursday’s hearing, including new complaints from Republicans that Wray and other Justice Department officials have ignored requests for information about their actions in the Russia election meddling probe.

Republicans this week started writing a contempt resolution against Wray and others after the Justice Department failed to answer questions from lawmakers about why a top FBI agent was removed from the Russia probe. It was later discovered that the agent sympathized with Hillary Clinton and opposed then-presidential candidate Donald Trump.