A long-running debate concerning recent advances in consumer data encryption came to a head this summer when Apple rebuffed a Justice Department court order demanding access to iMessage transcripts, causing some in the law enforcement community to call for legal action against the company. 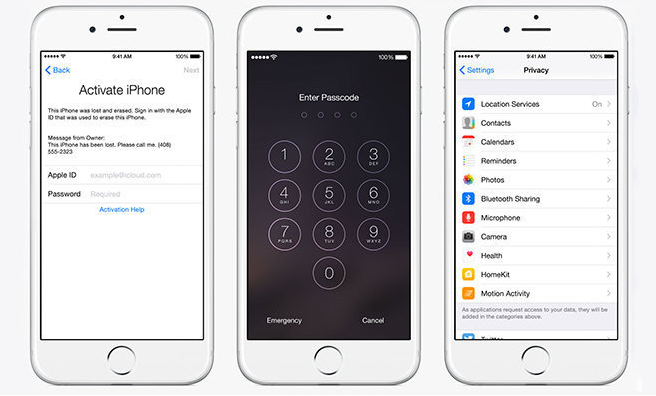 Over the summer Apple was asked to furnish real-time iMessage communications sent between two suspects in an investigation involving guns and drugs, reports The New York Times. The company said it was unable to provide such access as iMessage is protected by end-to-end encryption, a stance taken in similar cases that have over the past few months punctuated a strained relationship between the tech sector and U.S. law enforcement agencies.

Sources said a court action is not in the cards for Apple just yet, but another case involving Microsoft could set precedent for future cases involving strong encryption. Microsoft is due to argue its case in a New York appellate court on Wednesday after being taken to task for refusing to serve up emails belonging to a drug trafficking suspect. As the digital correspondence was housed in servers located in Dublin, Ireland, the company said it would relinquish the emails only after U.S. authorities obtained proper documentation from an Irish court.

Government agencies have posed hypothetical scenarios in which strong encryption systems, while good for the consumer, hinder or thwart time-sensitive criminal investigations. It appears those theories are being borne out in the real world.

Further confusing matters is a seemingly non-committed White House that has yet to decide on the topic either way. Apple and other tech companies are pressing hard to stop the Obama administration from agreeing to policy that would, in their eyes, degrade the effectiveness of existing data encryption technologies.

As for Apple, while some DOJ and FBI personnel are advocating to take the company to court, other officials argue that such an action would only serve to undermine the potential for compromise. Apple and other tech firms have privately voiced interest in finding a common ground, The Times reports. To that end, the publication notes Apple did indeed hand over a limited number of messages stored in iCloud pertaining to this summer’s investigation.

For its part, Apple is standing firm against government overtures calling for it to relinquish data stored on its servers. CEO Tim Cook outlined his thoughts on data privacy in an open letter to customers last year and came down hard on unlawful government snooping earlier this year.